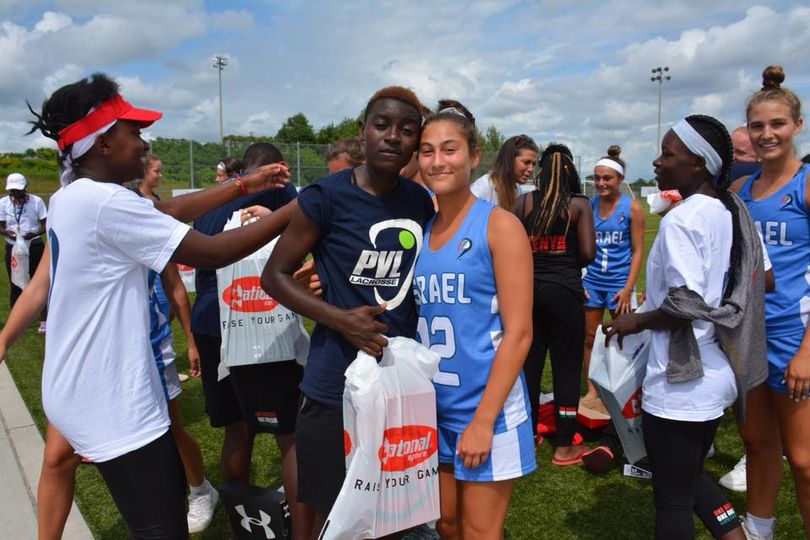 The Impact of Israel Lacrosse

We have been involved with Israel Lacrosse since the 2014 FIL World Championship that took place in Denver, Colorado. Kyle proudly represented Israel in the Master’s category.

Our daughter Ryan’s Bat-Mitzvah project in 2016 was for Israel Lacrosse. On that trip to Israel, our “check-in” luggage included over 150 new sticks that we picked up from a farm on Long Island for the first clinics that were taking place in Tel Aviv and other cities across Israel that summer.

Through the years, we had the opportunity to host several Israeli players who joined Ryan and other American players in summer camps, JCC Maccabi Games, scrimmage and practices in both the US and Israel.

It was at this tournament that Ryan, along with her teammates, took part in the Kenya Lacrosse Cleat project. The players and their parents purchased cleats for every member of the Kenyan national lacrosse team so they would participate in the tournament with appropriate footwear.

And it was at this tournament that Ryan got to meet and interact with players from all over the world, including Kenya, Jamaica, Puerto Rico, Haudenosaunee and many more countries. She also developed wonderful relationships with some of the Israeli players, such as Lotem Efrat. Lotem was Ryan’s across the hall neighbor in Canada. Besides the determination to play well and win, they developed a wonderful friendship, shared meals, late night snacks, a visit to the mall, and a chance encounter at the Toronto airport before each flew back to their respective homes in California and New York.

Ryan is currently a freshman at the University of North Carolina at Chapel Hill. Her neighbor across the hall…? Lotem. What are the chances!? They picked up exactly where they left off in Canada. Having a friend and a familiar face in this new environment is invaluable. And having someone that shares Ryan’s passion for Israel and lacrosse, with whom she spent time training and playing for the same team, facing the ups and downs of a world tournament means the world to us.

Israel Lacrosse is more than just another cause. It is an opportunity to dream big and do good, a platform that brings communities together connected by the same ideals: passion for lacrosse and love for Israel. Being involved with Israel Lacrosse provided us with a sense of purpose and helped Ryan gain critical skills and life lessons. We are forever grateful.